This page shows a selection of the projects that I have been working on throughout the past decade. Some are just small ideas or explorations, others are fully functioning tools, systems and products. Exploring the possibilities of new and existing products, materials and technologies is often a starting point for new projects.

I consider myself an expert in Max (/msp/jitter/gen), which I used to make most of the tools and videos shown on this page. I have built a completely functional modular VJ application and an algorithm that uses the rules of classical music to generate new music. The videos on this page are made with custom patchers and shaders and are often a combination of real-time audio analysis, interactive video processing and procedural generation of two-, three- and even four-dimensional geometry.

I am also an experimental musician. I like to play with the boundaries between traditional and digital music, combining some of my favourite aspects from both worlds to come up with new ways to create music. More about this on my other website: hfgdebruin.com. 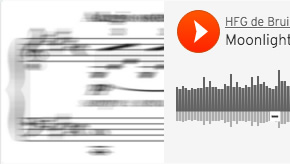 Music, 2004-2017
Listen more on SoundCloud and hfgdebruin.com.
Close this section. 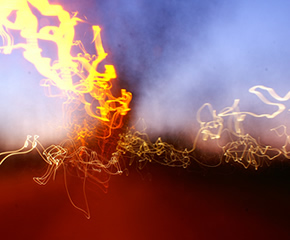